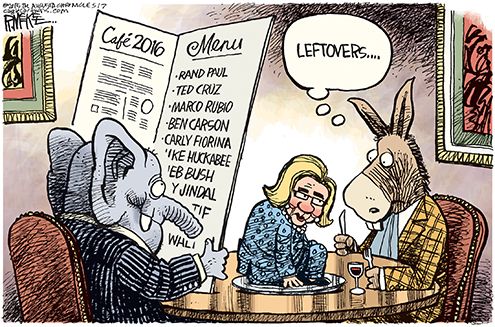 Are you a part of reality? Are you Americans? Are you The People? If you are part of us, then why are you so deluded, delusional, egotistical, bombastic, self-aggrandizing, so God-awfully fruit cake, just. plain. NUTS? This is the best that your disparate parties have to offer?

Each and every one of you believe that you are not only capable of being the “leader of the free world”, but qualified to act as Commander-in-Chief and the figurehead of foreign relations for the United States? This letter is not directed at ANY of you individually, but rather an open letter to ALL of you collectively.

I’ll be frank, as a member of the voting public I am appalled at your political peacocking. As someone who considers themselves a conscientious and informed part of the electorate, I am stunned, dismayed, aghast at the reality television lens I believe you have brought into Presidential elections. Indeed, you have left me breathless with your performances.

I mean breathless in the context of being gut punched– repeatedly.

Have any of you spent any amount of time looking in a mirror recently? Or any time watching any of your debates or public forums? I’m not talking about staring in the mirror while memorizing prepared speeches, or practicing pretend smiles. I mean have any of you spent time with a board certified therapist recently?

How has our pool of Presidential candidates come to this?

Listen, I understand that this RACE this push to put yourself in power is CRAZY. So crazy, in fact, that no rational human being with even a lick of sense will participate in that which we call the race to the Presidential Election.

It really does take super-human strength to flip-flop according to your audience, to criticize and corrosively condemn every other candidate constantly, to talk and talk and talk and pander for an entire DAY-after-day and then wake up and do it all again.

Does it injure your integrity or your sense of soul to climb in bed with corporate sponsors and business affiliates who have little to no care for the wishes or future of this country? Does it hurt to support special interest so aggressively that you forgot that there are not just hundreds, not thousands, but MILLIONS of Americans who are forgotten, underserved, or even negatively impacted by your glad handing big business like they are individual constituents? Yes, those are questions.

How does it feel to have let the BIGGEST, BARREL MOUTHED, BILLIONAIRE Bull into the China Shop since that Mavericky Pit Bull who wore lipstick eight years ago, let alone the fact that she is now his personal spokesperson? Does it pain your good sense to hear that racist, sexist, alarmist, narcissistic, even mildly murderous (according to some latest remarks in Iowa) candidate call you out on stage?

I guess after reviewing this letter I don’t have many comments, only questions. Questions that root in my very pride to be American.

One of the most simple, straightforward articles I’ve read so far comes from NPR called Meet The Candidates In 100 Words And 60 Seconds.

In that vein, I’ve complied my own very simple, very straightforward list of all of the candidates that I’ve affectionately titled Meet The Candidates In Under 5 Words. With a total read-time of 17 seconds, it’s worth it.

BERNIE– TOO OLD, TOO SOCIALIST

HILLARY– BOUGHT IN, and BOUGHT OUT

BUSH– THREE IS MORE THAN TWO, NOT BETTER

RUBIO– IMMIGRATION POLICIES AGAINST THE GRAIN

FIORINA– FEMALE IN THE RED FRAY

HUCKABEE– MAKING TEA WITH THE BEST 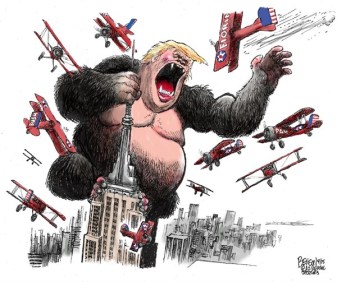 In the words of one of my dearest friends, Michelle. A woman whose intelligence and political acumen are unsurpassed, a woman whose letter was infinitely more concise and clear than mine, “Dear Candidates, you all suck!”

4 thoughts on “Letter: To All Presidential Candidates”

My boy and I in the kitchen cooking up some yum. 🥘This is one of my favorite things. #cook #kitchen #md #thursday #christmasbreak #soup #salad #yum #love #son #family #time
Merry Christmas ❤️🎄🥰 My heart is so full of love for the people who have loved us, loved us with power and grace this past year. Thank you for embracing us—strong and weak— all the moments. Love and more love. #love #family #power #grace #strength #weak #small @large #love #morelove #friends #christmas #merry #happy #wonderful
We welcome the New Moon in Capricorn ♑️ on the heels of solstice. #renew #burn #shift #energy #capricorn #newmoon #new
Merry, Happy, Heber Holiday! 🎄❤️ #chickscafe #merrychristmas #break #merry #happy #smiles #behindthecup
Orion, and his faithful companion #sirius #dogstar #starrise #orion #astronomy #winterstar #window #views #december #midnight
Just a joy to watch this young man find his flow, follow his passion. #360 #hardwork #payoff #ski #pcmr #parkcity #saturday #tricks #jump #spin
Sometimes life can be so gracious. Walking with these three through life is a gift. We are so grateful for the love, support, and care of our family, friends, and chosen community. Thank you. 🙏✨#thanksgiving #givethanks #grateful #family #friends #love #grace #gracious