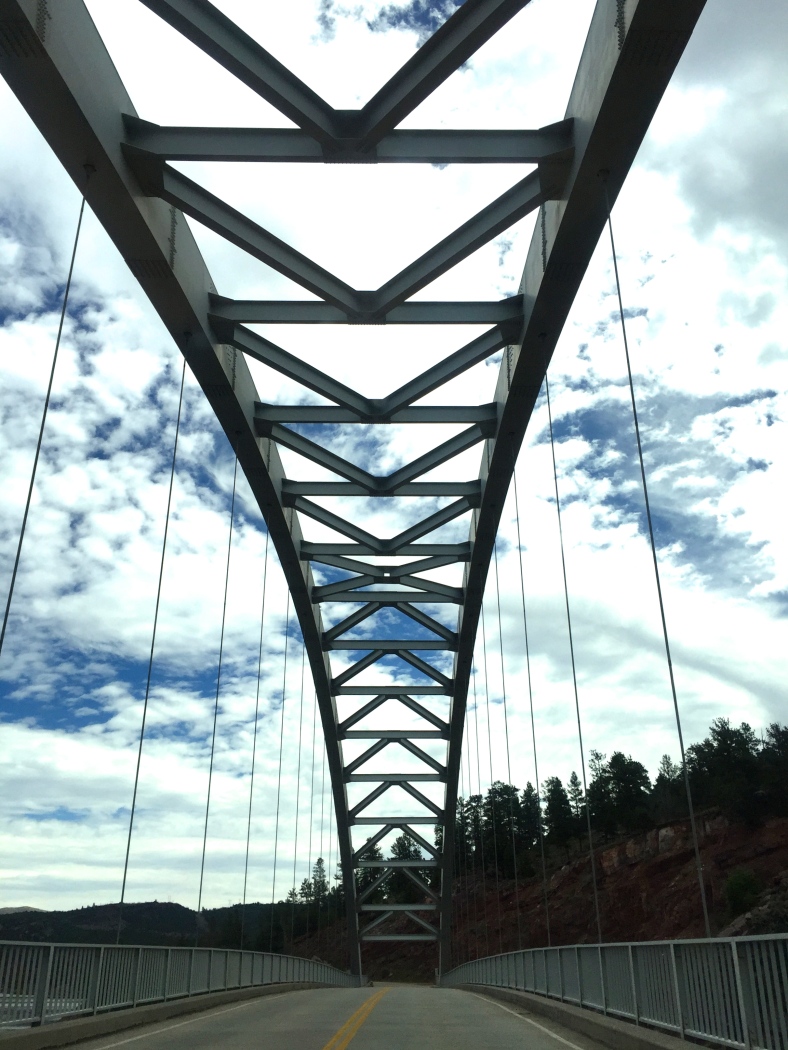 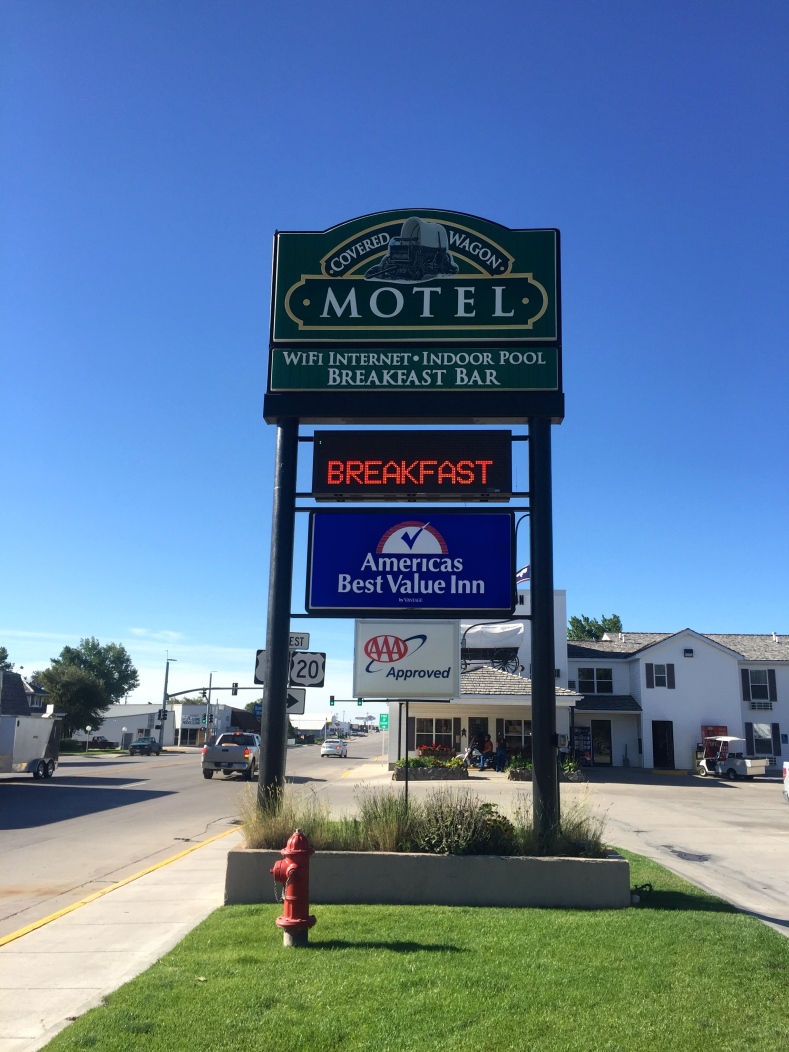 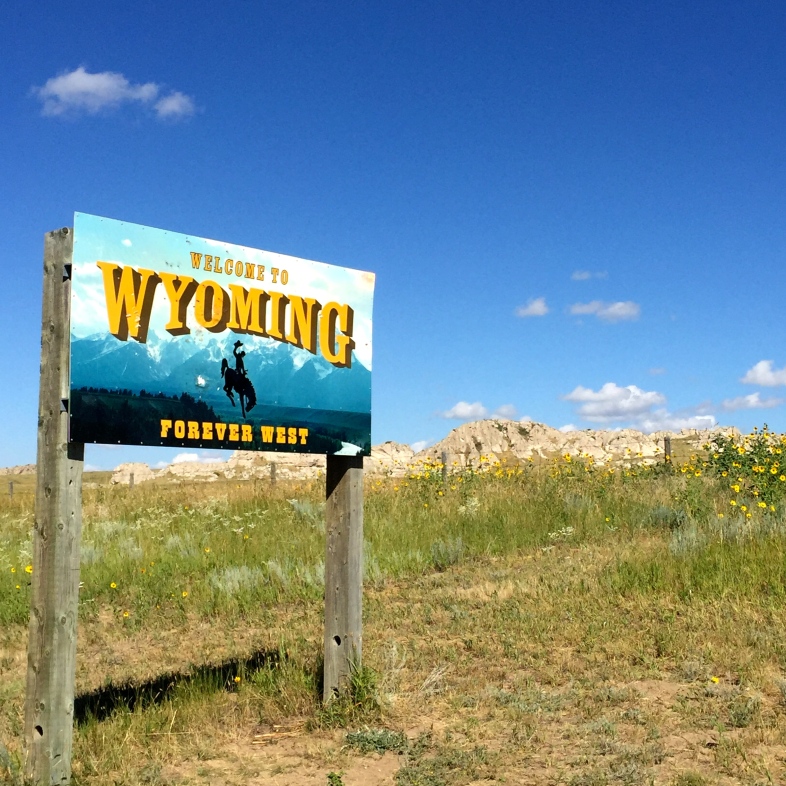 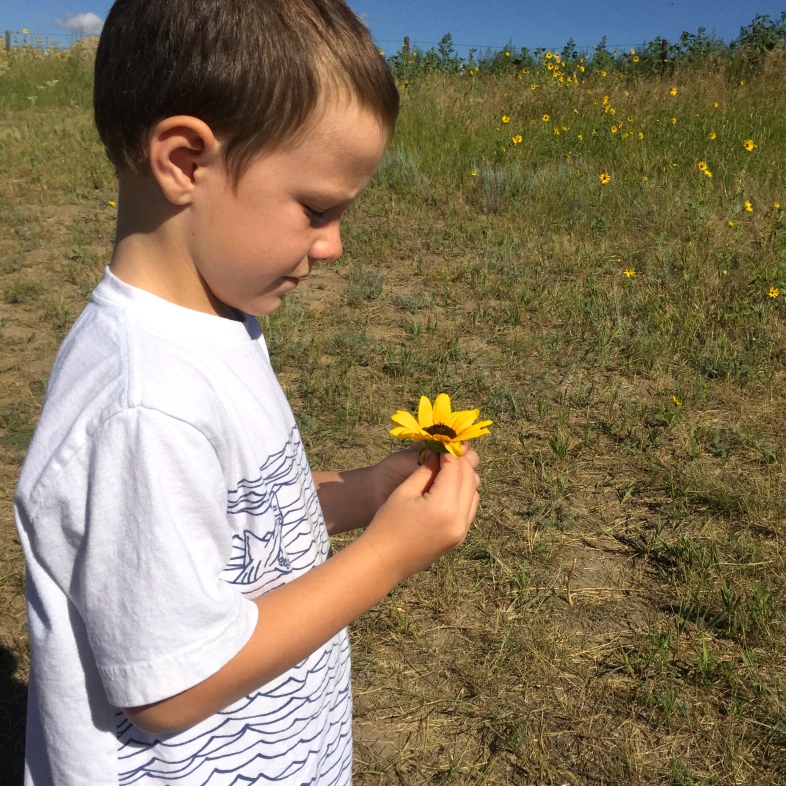 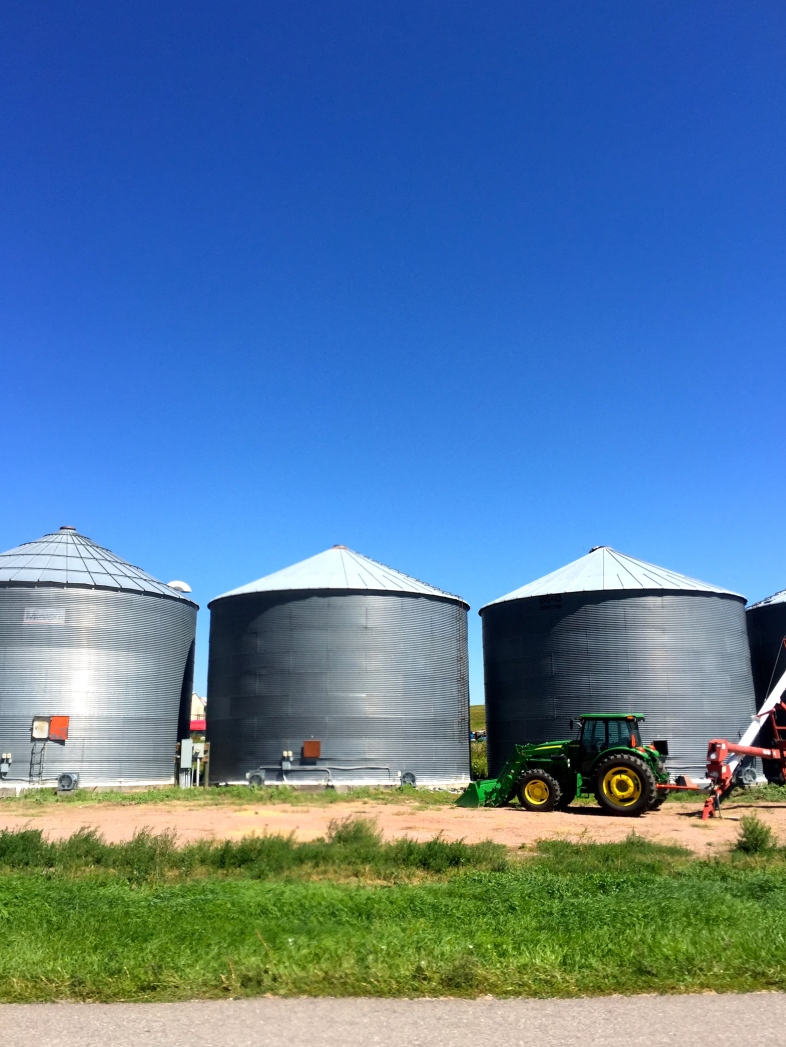 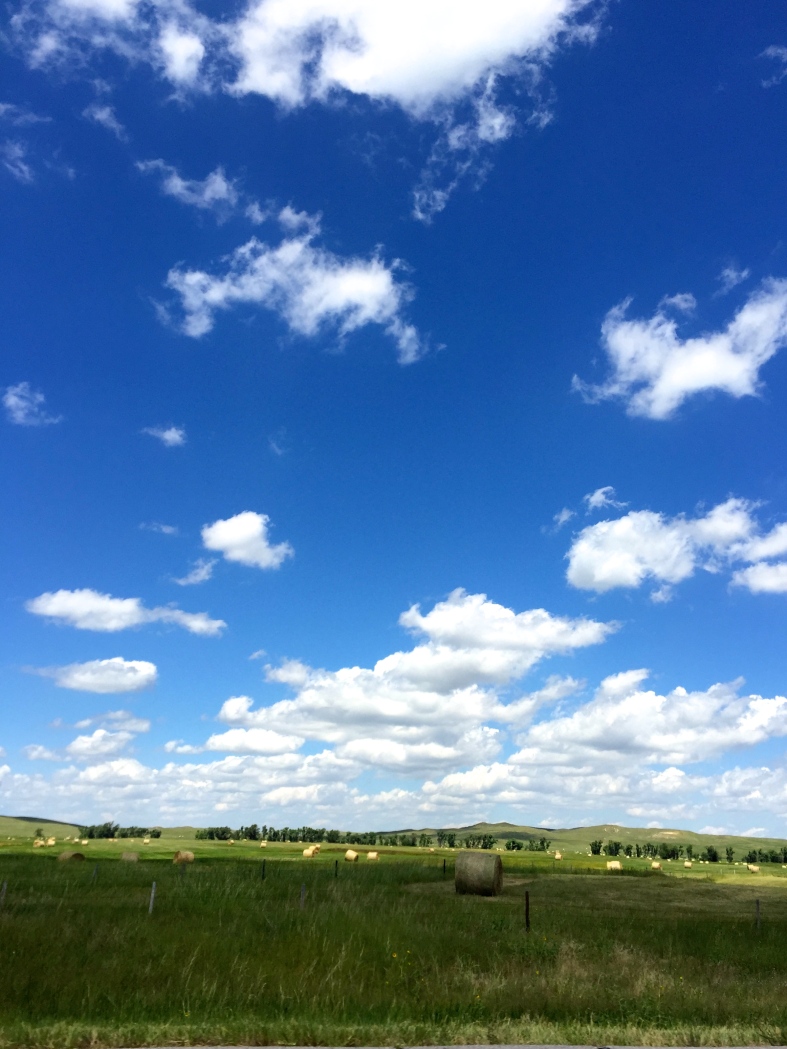 I had some ideas of what I expected of our Great Middle America Road Trip from the get-go. These preconceived notions came from summers traveling from my childhood home in Utah to my birthplace in Huron, South Dakota. We made that trip– often as a mom with four young kiddos in a cream and brown Ford Club Wagon van, three, five, seven times, I don’t know– A LOT.

So when the idea was hatched to take my two little boys and my sister’s two little girls on the same roadie across 957 miles, five states, countless corn fields, and famous mid-western landmarks to celebrate our Grandfather’s 90th Birthday I was interested.

I was also trepidatious. Driving solo for nearly two thousand miles (roundtrip) with four small children sounded BIG and LONG and NOT overly appealing at times. There were several points along the way when my tired 4 year-old pointed out that flying would have been MUCH faster. He was right.

But the thing about flying is that you don’t get into the heart of those miles. You don’t get the full flavor and force of those hours spent looking, watching, staring, smelling, and taking in the land in all of its GLORY. Plus, flying into the heartland into the middle of nowhere can be an expensive endeavor! (We’ve done that before too, but our littlest was still too young to remember.)

I have to be honest that my husband was my biggest fan and supporter. He was my deciding factor. He was stoked that we were taking this pilgrimage. He was happy that our boys were going to be able to experience the sights, and sounds, and places of the Mid-West. He wanted them to be his representatives at the celebration for my Grandfather. He championed the trip from the beginning.

So early(ish) one Wednesday morning we set off! The commentary in my head was something like Tom Brokaw meets Charles Kuralt– telling, direct, frank, but imbued with underlying love and respect and heart-aching humility and pride for the places and people we saw.

When we arrived in South Dakota the love of my extended family was palpable. These are people that I am VERY close to– my mom’s siblings and their partners. But I wasn’t prepared for how much their LOVE ENGULFED me and my children! We were treated and taken care of so well.

The kids swam nearly every day, ate mountains of ice cream, listened intently for the rasp and whir of the cicadas’ song, and gathered buckets of cicada exoskeletons (shudder).

They got a personal tour of Burnison Plumbing and Heating from it’s founder, their Great-grandpa. They played with a set of farm toys for hours, and spent countless minutes chasing treats and prizes by maneuvering Uncle Billy’s pint-sized version of “The Claw” arcade game (quarters already included by Uncle Bill) :). It was magical.

We celebrated Grandpa Earl at the Riverview United Methodist Church, the Church my grandparents have belonged to since before I was born, certainly for as long as I can remember.

We hugged great-aunts age 91, talked to distant cousins who felt like longtime friends, heard stories about Madonna Scherschlict the local telephone operator– “What line, please?”, and remembered my great-grandfather, S.E. Burnison’s service station. We soaked up all the love and care that surrounded us, and hopefully we gave some good love and gratitude in return.

Post-Huron, we headed west into the Black Hills hitting Mount Rushmore, and then on to Yellowstone before traveling past more farms and ranchettes than I can count till we reached home. It was epic.

Upon returning home (12 days later, mind you!) there are still some feelings I will carry with me from our trip.

First, that America is BEAUTIFUL! Her land is VAST, and OPEN, and AWE inspiring. I had the proverbial wind knocked out of me more than once at the sweeping force of if ALL.

I wish I could fully convey how BEAUTIFUL the things we saw and experienced were. I wish I could properly paint with words the blue of the sky that stretched above us on those travel days, the fluff and flow of the clouds. The relative quiet of those untrafficed State Highways– SD 14 was my favorite. I wish I could lay out all of the corn, and alfalfa, and sunflower fields stretching forever into the horizon for you, but you’ve got to see it for yourself.

I wish I had the words to write a compelling story about all of the hard, honest, back-braking work I witnessed as well. From my tiny glimpse into farm life this summer through our good friends, the Bells, I am learning that working on and with the land is HARD. Hard as hell. But so GOOD. So REAL. So RENEWING. Renewing to death, maybe, but that kind of applied work cannot be recreated in any other way. That kind of accomplishment cannot be won other than by hard fought, hand-to-land, hard work.

I saw them. America’s farmers. Repairing wheel lines, opening irrigation on their ditches, directing combines, harnessing the power of huge machines to haul hay. Often they were alone. Sun baked men in cowboy hats and muck boots. Sometimes they worked in pairs, but mostly the farmers and ranchers I saw were alone. Solo on in their work. I hope they are never forgotten.

We live in a beautiful country, with beautiful people, seeking beautiful things. I hope I’ll always remember the wonder and grandeur I felt about the Middle of America. The heartland is a growing, greening, spectacular place. For me, it will always hold a place and a piece in what I call HOME. 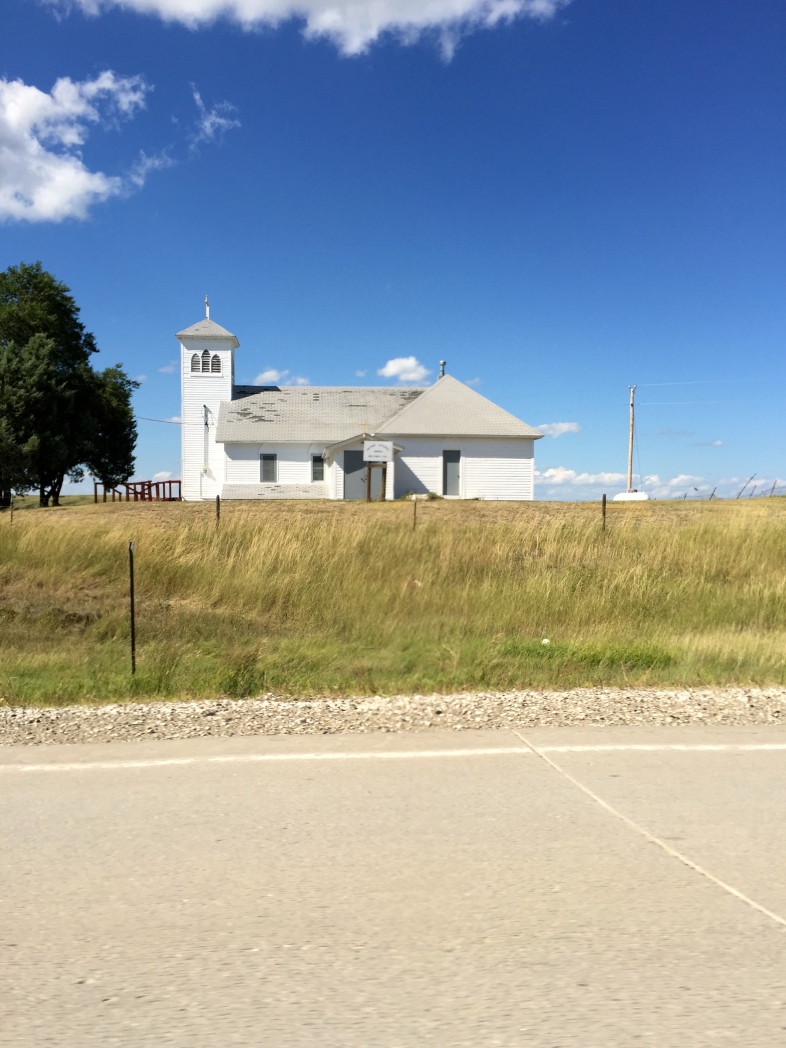 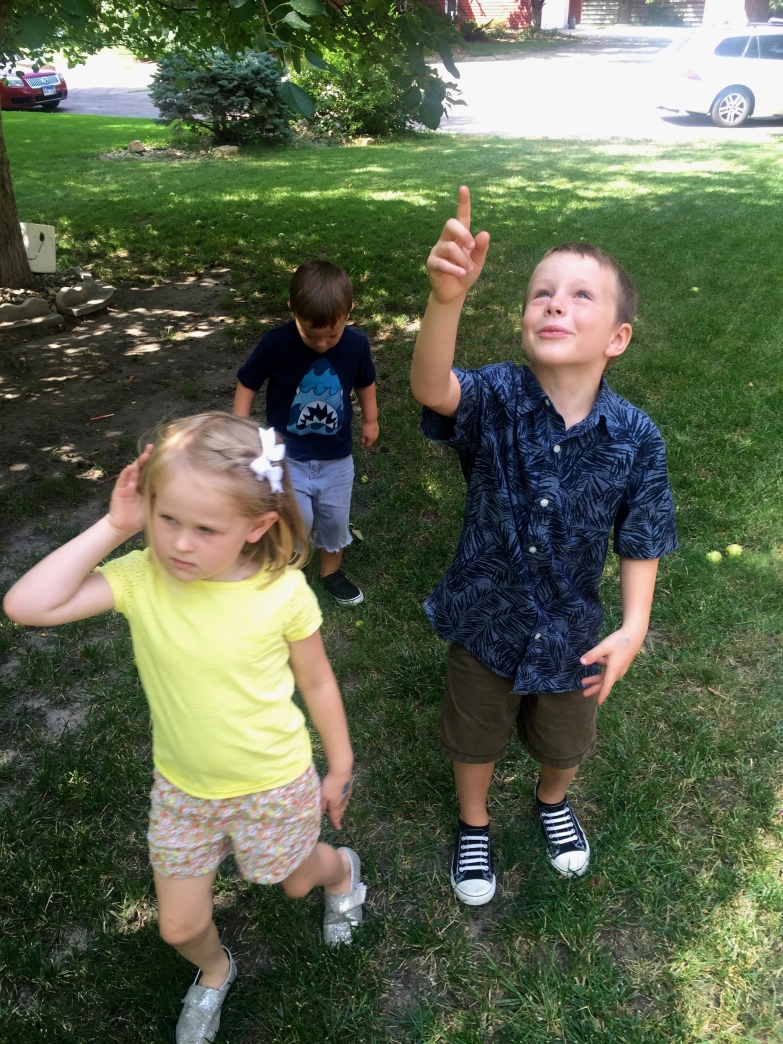 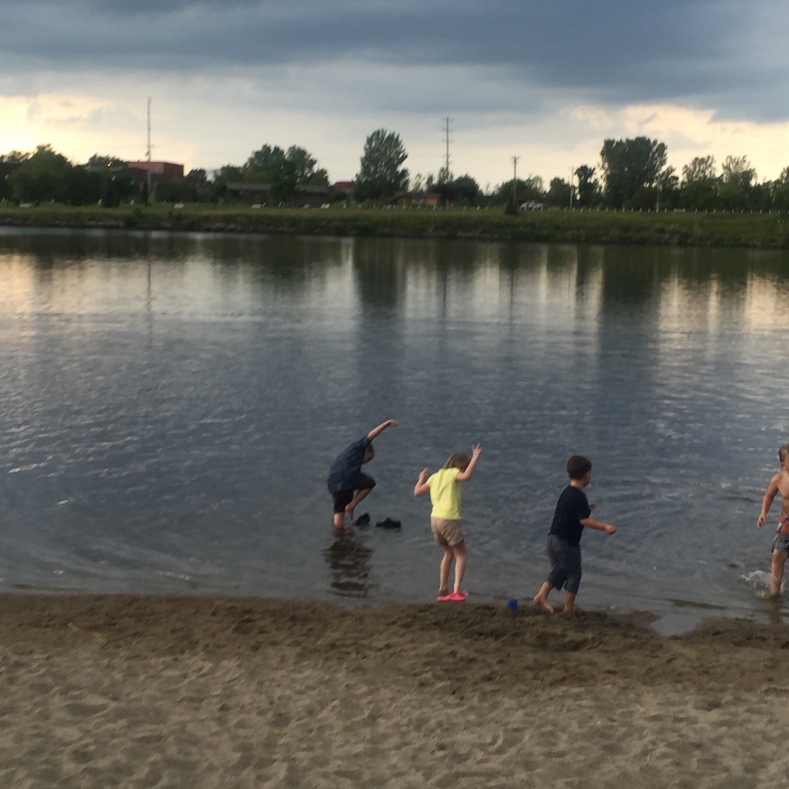 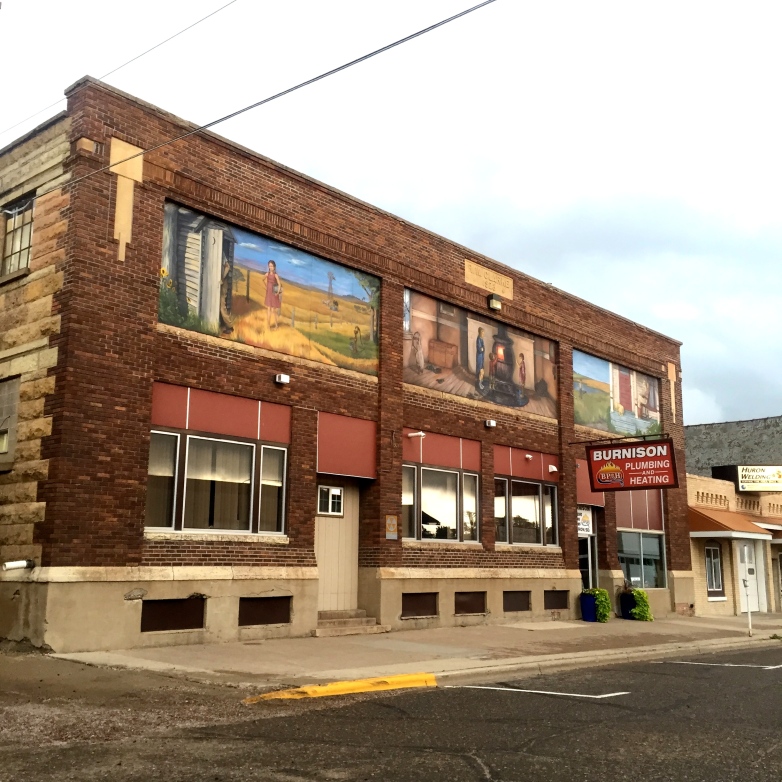 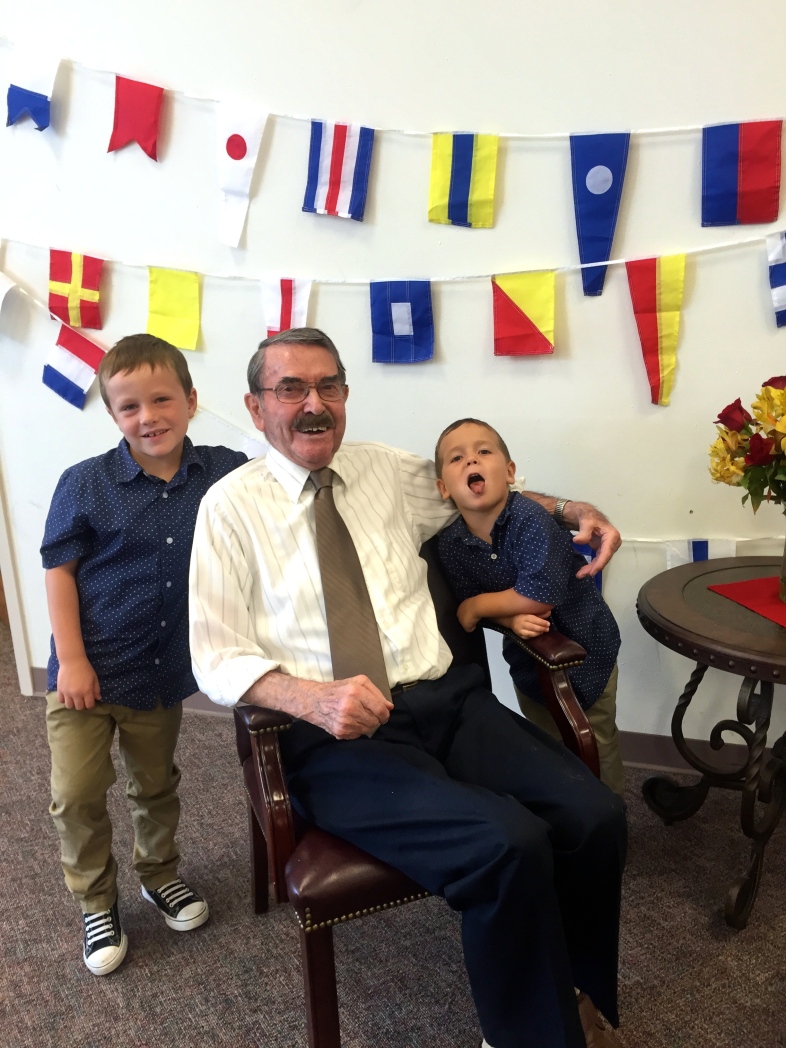 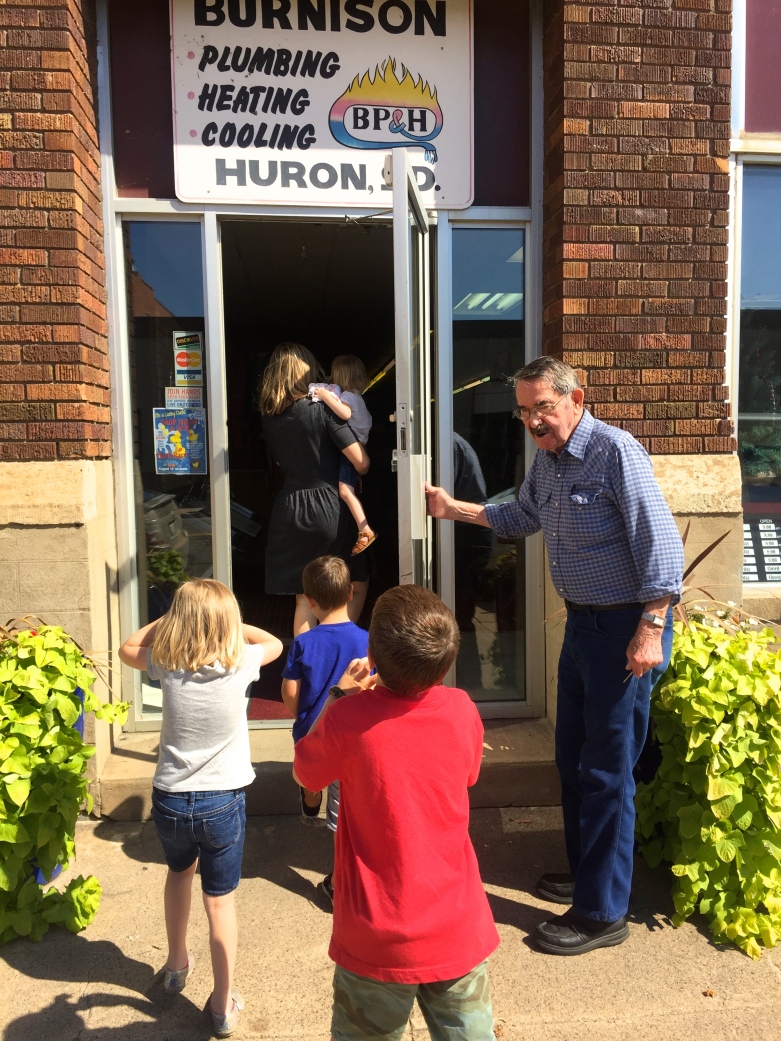 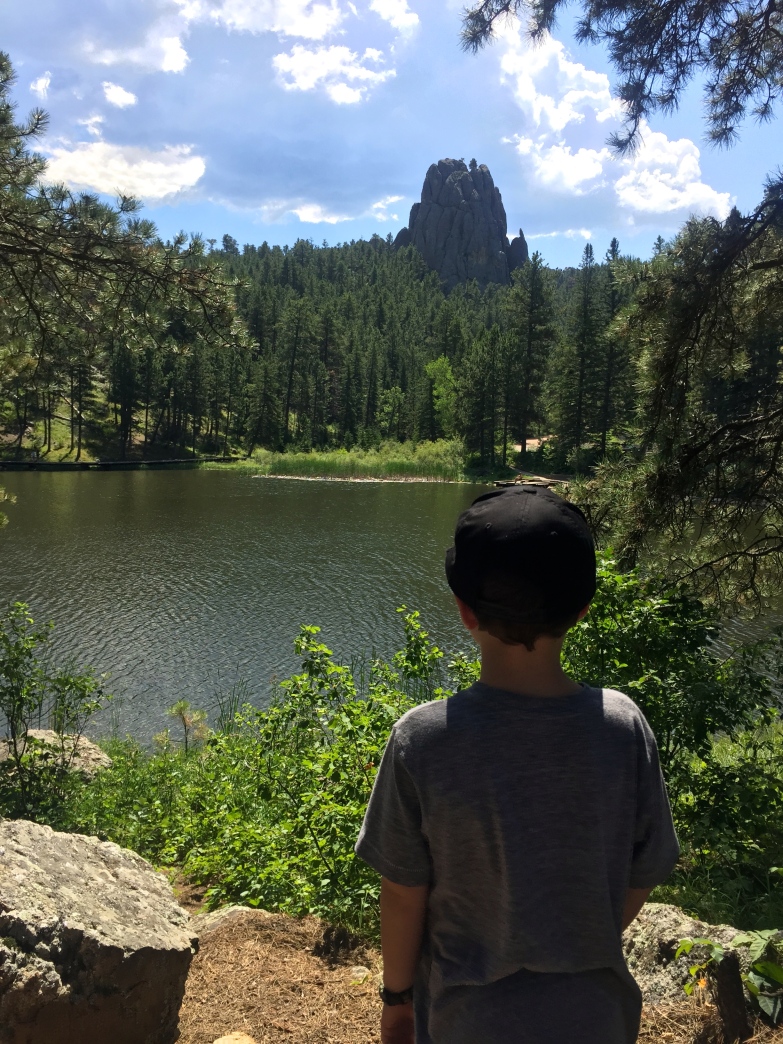 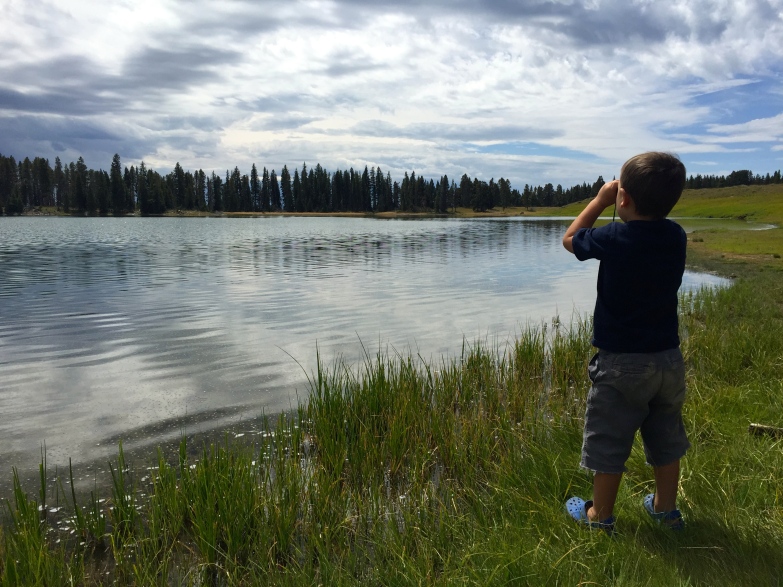 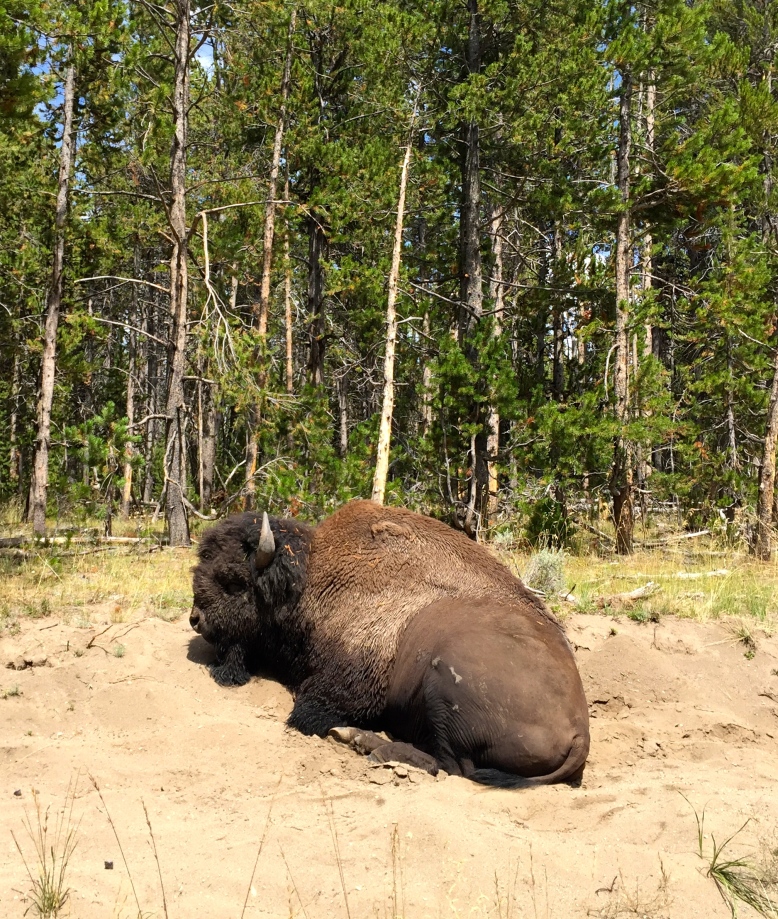 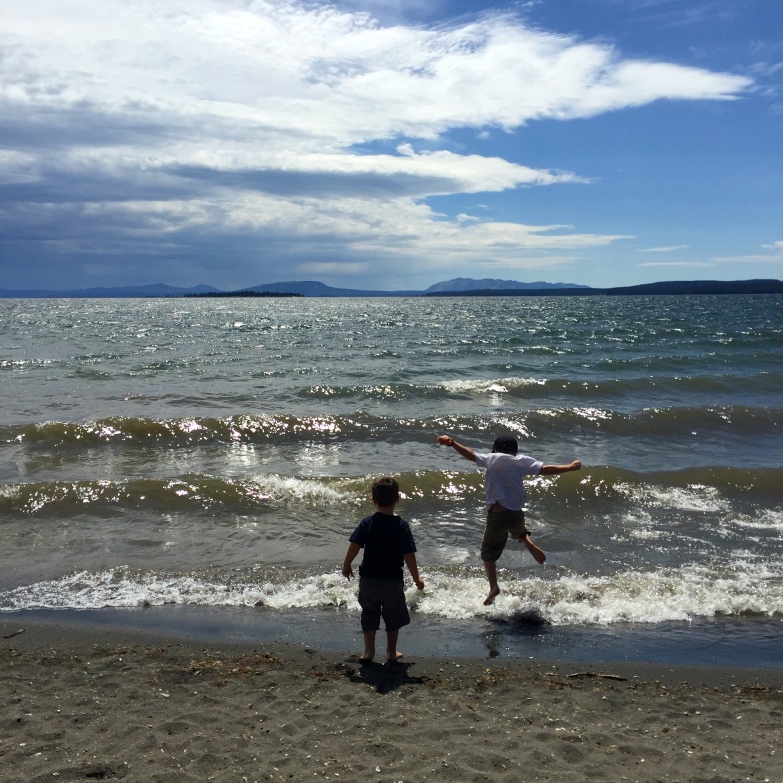 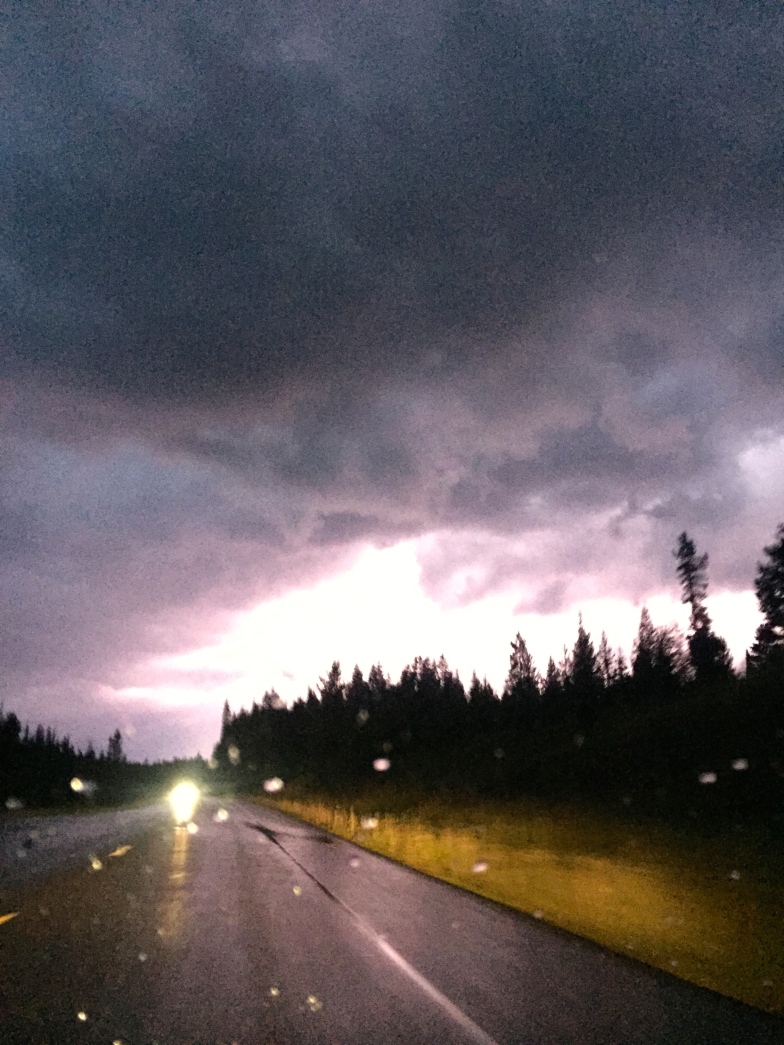 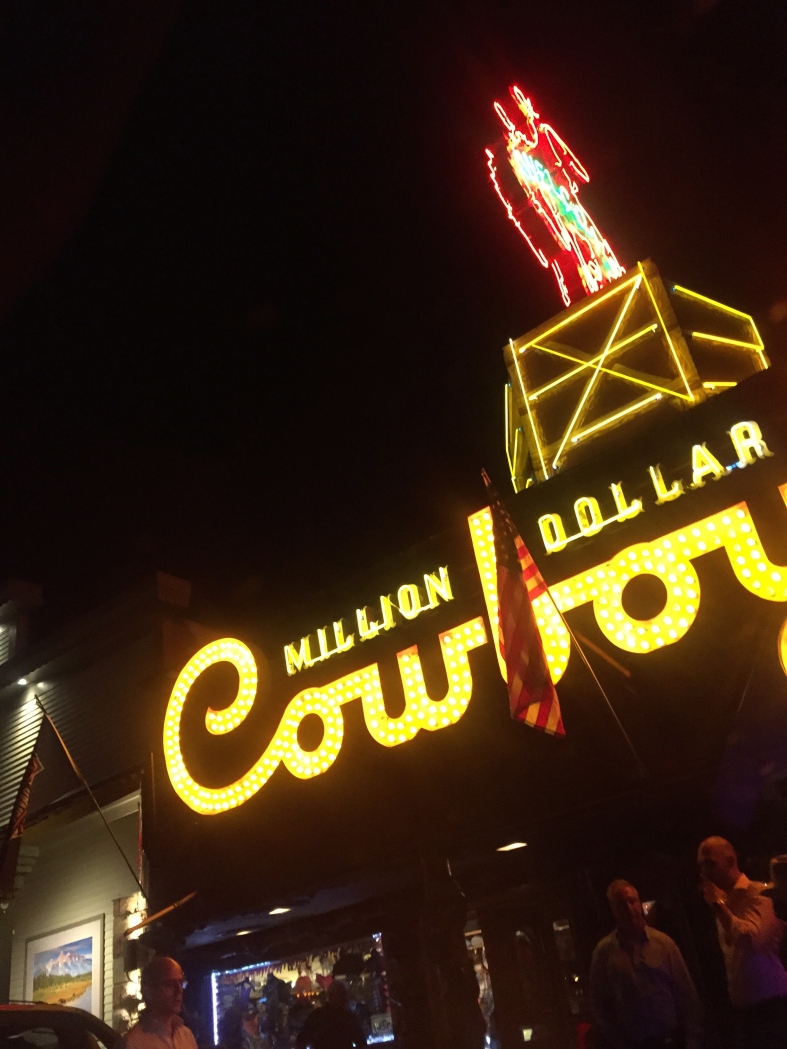